What is the Walmart E-Commerce Business Strategy

Walmart is the world’s largest company by revenue – over US$500 billion according to the Fortune Global 500 list in 2018 – as well as the largest private employer in the world with 2.3 million employees. It is a publicly-traded family-owned business, as the company is controlled by the Walton family.

The company operates under the name Walmart in the United States and Canada, as Walmart de México y Centroamérica in Mexico and Central America, as Asda in the United Kingdom, as the Seiyu Group in Japan, and as Best Price in India. It has wholly-owned operations in Argentina, Chile, Brazil, and Canada.

The company was listed on the New York Stock Exchange in 1972. By 1988, Walmart was the most profitable retailer in the U.S. and by October 1989, it had become the largest in terms of revenue.

Walmart has been offering e-commerce business strategy to its customers for some time now, but it’s only relatively recently they have been taking things seriously and looking at avenues to really innovate the ways in which their products are accessed online.

However, Walmart has realized it holds a key advantage over Amazon which it can leverage to offer services the online kingpin simply cannot – its nationwide network of physical store locations. Amazon may have its sights set on brick-and-mortar stores, but Walmart is already there, at the top of the game.

Walmart is, therefore, looking for opportunities to bring the in-store and online E-Commerce sellers using the online tactics to optimize their products, to offer customers unique ways to access its products and services.

Being tested in select stores, the endless aisle system is one of the ways in which Walmart is seamlessly integrating its in-store and online shopping experiences.

A kiosk placed at the end of a physical aisle allows customers to access the entire online Walmart inventory. If a customer has come to a location looking for a specific product, only to find the store doesn’t carry it, they need simply access the terminal and place an order.

They can then arrange to either collect the item from the store or have it delivered to their home. The endless aisle concept also reduces the chance of a customer visiting a competitor’s store after an unsuccessful trip – meaning fewer lost business opportunities for Walmart.

One of Amazon’s most notable products is its Prime membership service. With Prime, Amazon customers pay $99 per year to gain access to streaming services such as Amazon Video and Amazon Music, as well as unlimited next day delivery on items – at no extra cost. With Prime Air, drones are set to take to the skies to offer delivery in thirty minutes or less – also at no extra cost to subscribers – making Amazon’s competitors are understandably nervous.

Walmart already attempted to compete with Amazon Prime with its ShippingPass service. ShippingPass offered unlimited delivery for $49, but a lack of engagement by Walmart customers resulted in the service being pulled, and subscribers refunded.

From April 2017 however, Walmart began offering its online customers discounts on thousands of products if they selected the option to collect their items in-store. The amount of discount varied between products, with low-cost but heavy goods seeing the most significant reductions.

By effectively paying customers to collect their packages in-store, Walmart once again demonstrates it understands the value of omnichannel marketing strategies. Instead of viewing e-commerce business strategy and in-store retail as two competing revenue streams, Walmart views them as complementary.

How to Sell on Walmart

Here’s how you can start selling on Walmart Marketplace in a few easy steps: 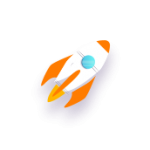